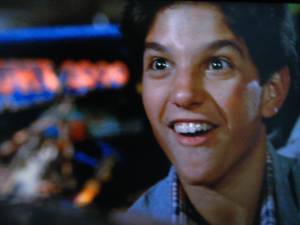 Why the world of exercise has to be as divided as political parties I will never know. It reminds me of young Daniel Larusso getting harassed by the Cobra Kai when they beat him up while he was wearing that red member’s only jacket. Everyone talks shit about whatever exercise theory they do not subscribe to. You hear it all, “Machines are for pussies!” or “Doing that will fuck you up!” Who hasn’t said negative shit about the new gym that opened down the street with some trendy new fad that could possibly shut your precious temple of exercise down for good? Some people, however, exhibit Branch Davidian behavior when it comes to defending their sacred form of exercise. Here’s the top 5-

Spinning is great. It is a great form of exercise and challenges you more than most group exercise classes out there. But for fuck sake, you are pedaling indoors so why the full Tour de France get up? Complete with the disgraced Lance Armstrong postal team jersey, the only thing that’s missing is the helmet (which I’m sure someone out there has sported at least once). Remember spinners, cross training is more than riding your bike indoors.

Who doesn’t enjoy stretching? It’s always overlooked, so what better excuse than to have a whole hour dedicated to it? Unfortunately, I can do without the chanting and humming during my asana. Some of the attire seen in these classes is what you would expect to see at the traveling circus. I’ve seen onesies with a furry wrap around the body and some thick random colored socks, but I just show up with shorts and a Metallica shirt on, not quite caring if I throw off the peaceful vibe.

I never tried this, and I never will. If anyone wanted to see my moves they are more than welcome to join me after some time with the hotbox and a little purple haze. These people who just have to ‘dance!’ annoy most people in the fitness world. Their giddiness alone pisses the average person off, and really annoys anyone who works in the fitness industry. Of course these people think this is the only type of exercise they need, because most of the people that do it have quit everything else they’ve tried in life. Boom! There it is.

For starters, its nothing like real bootcamp. For these fuckers to think they can hang with anyone who is in the military is a shame. It’s pretty much a collection of random exercises done without rest or attention whatsoever to form. If you need some asshole in a tight shirt to yell at you for motivation, you more than likely suck at many things in life. Try to skip dessert every now and then and lift a weight or two before you subject yourself to this type of treatment.

Before I even finish this post, my twitter feed will be blown up with every crossfit douche that swears it is different than circuit training. Without even going into the ridiculous rate of injury of this activity that people pay top dollar for, there is no doubt this clan takes the cake in terms of cult-like behavior. From the WOW’s to the catchy names of each routine, they somehow have an entire generation roped in. Unfortunately, these same people should buy stock in any medical device company as their shit is going to be more than fucked up well before retirement.